Once a year, go somewhere you have never been before

Walking in the old town in the buzz of Piazza Mercantile echoes the atmosphere of a past in which merchants arrived from the East. The intricate alleys hide secret treasures and Apulian rituals, from small religious altars to votive paintings, to stalls on which housewives prepare handmade orecchiette. Sacred and profane mingle seamlessly, between a visit to the Cathedral and the Basilica of San Nicola, ending the walk in the picturesque harbour of Nderr a la lanz, where elderly gentlemen weave nets and young fishermen sell freshly caught fish.

You can get here by car, train or even bike. Monopoli awaits you for a walk in the enchanting seaside old town full of art, culture and ancient traditions. The castle of Charles V dominates the old harbour evoking the power of the Spanish domination, while the narrow alleys and the elegant palaces echo the cultural and artistic richness that characterizes this town. And for sea lovers, Capitolo, a few kilometres South, is the place where long stretch of beaches awaits you for a day out of the ordinary.

Here is where Puglia reveals its underground stunning beauty. A complex of karst caves, among the most spectacular in Italy make this town a must-see. At a depth of seventy meters, two paths (one of about one kilometre and one of three) offer a breath taking scenery keeping you with the nose upward to enjoy the majestic beauty of formations dating back thousands years. The “white cave” is the last jewel at the end of the long path, and owes its name to the richness and splendour of the alabaster formations that make it unique throughout Italy.

More than a place, Valle d’Itria is a state of mind and a way of life. A splendid karst basin where the green colours of Mediterranean scrub and olive trees alternates with the bright red of the Apulian land, and the white of dry stone walls. As in a constellation, small characteristic villages are scattered throughout the valley. Alberobello and its “trulli”, UNESCO heritage site, whose forms celebrate the union of man with the divine. Locorotondo and Martina Franca with their music and artistic festivals. Cisternino with its culinary traditions and Ostuni, the “white town”, with its handicraft tradition and the mysterious “millenary cave”, from which you can embrace with a gaze the whole valley.

This is a town where art, history and culture mingle seamlessly. An imposing castle, symbol of the temporal power, dominates the main square named, Largo di Corte, right in front of the Cathedral, symbol of the religious power. Several monasteries are scattered around, first of all that of San Benedetto. The atmosphere in the alleys echoes a past full of charismatic figures among which Girolamo II of Aragon, known as Guercio delle Puglie, stands out. According to legend he often exercised the ius primae noctis, worth to citizens the nickname of “sons of the count”.

The city of “Sassi”, UNESCO World Heritage Site, made famous by the scenes of the movie The Passion of Christ is a maze of streets where you can immerse yourself in a timeless atmosphere. The original urban settlement, developed from natural caves carved into the rock and changed into increasingly complex structures at a later stage, is divided into two natural amphitheatres, the Sasso Caveoso and the Sasso Barisano. Sassi stand on one side of a canyon carved by a river, named gravina, which offers itself in its pristine beauty from the various sight points. The rural churches scattered throughout the territory witness the religious evolution from prehistory to Christianity and give the city a mystical aura that attracts visitors from all over the world.

You don't have permission to register 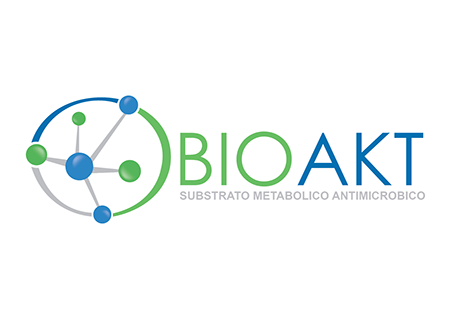